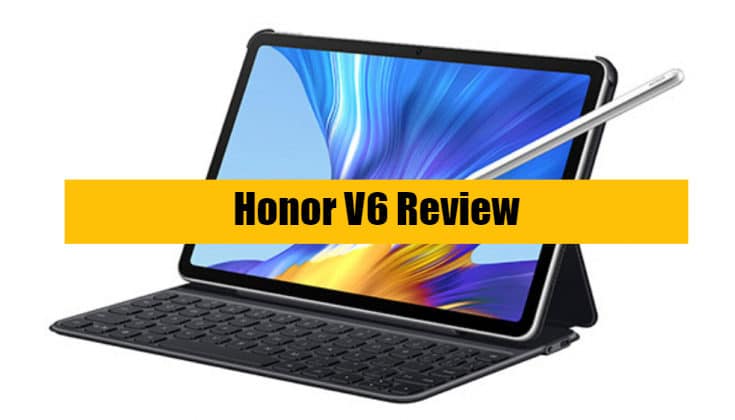 Huawei’s time in the tech space has been on a fluctuating wave the past few years. From changing the camera game with the Huawei P20 Pro and becoming a household name thanks to its phones, laptops, WiFi routers, and other smart devices, all the way to its eventual sanctioning by the USA and losing its grip on 5G connection contracts across the globe, Huawei has been through it all. But if there is one thing that we can expect from the Chinese-based company is that it will be persistent, and will always find room to catch up to its competition. One space that they have yet to become a ‘top dog’ in is tablets. Now, you might be thinking, why would that be? Huawei has been releasing tablets for ages now and they sell very well. Well, they have one problem: Apple. Apple has been the king of tablets for the better part of a decade now, and despite their iron grip loosening due to improved efforts by Microsoft and Samsung, they still reign supreme. However, Huawei has come into the midrange tablet party this year with a new effort, the Honor V6 5G. As the name suggests, this tablet is branded under its Honor sub-brand, and the name also indicates its killer feature, full 5G capability. Very few tablets can boast having 5G, but the Honor V6 has it. However, can it hold up in other categories, and can it surpass the best offers from Apple, Microsoft, and Samsung?

Huawei has certainly made an effort to make the Honor V6 a good looking device. The gradient back has three choices of colors: black, grey, and green. The frame itself is made of a durable metal that feels solid to touch. With a weight of 480 grams, the Honor V6 is heavier than the 10.2-inch iPad, which is 493 grams with cellular. To compare with another 5G tablet, the Samsung Galaxy Tab S6 5G is only 420 grams (Yes, it does really weigh 420 grams. Look it up.). So if you are comfortable with the weight of a standard iPad, expect to feel right at home on the Honor V6. Just don’t come in expecting anything super lightweight. Dimensions come in at 245.2 x 154.9 x 7.8 millimeters.

The Honor V6 has a 10.4 inch 1200×2000 IPS LCD with a density of ~224 dpi and a ratio of 5:3. The Honor V6 has calibrated to sRGB standards and also has a TÜV Rheinland Eye Comfort certification. Colors on the panel look great, with good accuracy and solid saturation. We do wish that the panel was AMOLED for punchier black tones, but for the price, we won’t complain. The screen has an 81.1% screen-to-body ratio and is notchless, which is always appreciated. Compared to thicker-bezel devices, such as the 10.2-inch iPad, it gives it a more modern look, smaller footprint, and extra room for content consumption.

Huawei has decided to take aim directly at the 10.2-inch iPad in an almost uncanny way. Both devices have WiFi and cellular models, both have choices in storage memory and color. But more importantly, both use older SoC’s made by their company. The Honor V6 uses the HiSilicon Kirin 985, An SoC also used in the Honor 30 and Nova 7 mobile devices. The Octa-core CPU has four ARM Cortex A76 (one clocked at 2.58GHz AND three at 2.40Ghz) and four ARM Cortex A55 (clocked at 1.84Ghz) processors. It also has a Mali G77 GPU and an NPU (neural processing unit) based on Huawei’s in-house Da Vinci architecture. It also features a choice of RAM + Storage combos, with 6/64, 6/128, and 8/256. Storage is also expandable via a microSD card. While benchmarking, the chip performs well, with an AnTuTu score of 411’500. For some context, the Huawei MatePad 10.5, which will use a Kirin 990 has an AnTuTu score of 466’750. We think that this is optimal for the price point. The tablet is perfect for those who play games on their tablets, render videos or for any other high-workload activity. Honor also offers a stylus for the V6, designed to compete with the Apple Pencil.

The Honor V6 packs a decent amount of camera capability for the price. The rear camera is a 13 megapixel unit with an f/1.8 aperture and the front camera is an 8 mp unit with an f/2.2 aperture. Camera performance is acceptable for the price, with good color saturation and wide-angle picture quality,  but we still wouldn’t use it for anything more than a Zoom call or quick photo, as tablets have been lacking behind phones in terms of quality for a long time. The addition of a second camera, like a telephoto or super-wide-angle lens, could have improved the experience substantially.

Connectivity is where the Honor V6 pulls out all the stops. Not only does it have 5G, but it also has WiFi 6. WiFi 6 (802.11 ax) is the newest standard in WiFi technology. Without getting into the nitty-gritty, WiFi 6 has improved speed, higher bandwidth, better connectivity, and efficiency, reduces conflicts with other wireless networks, and even improves power consumption for IoT devices. The bog-standard model does not come with 5G, but it is not an expensive upgrade, unlike other manufacturers (*cough* Apple *cough*). Assuming you have an 802.11 ax router and appropriately fast ISP, expect video streaming quality to be awesome. Cloud gaming could also be plenty feasible, with services like Geforce Now and Project xCloud. Wired connectivity is done via a USB-C port.

If there is a place where Huawei is still lacking, it’s the software side. Like every Huawei device since the US embargo, don’t expect Google services pre-installed on the tablet. Sure, you can download them to your device, but not every user wants to do that due to security concerns. As for the OS, The Honor uses Magic UI 3.1 over Android 10. It’s always nice to see a fresh version of Android, but if you are an Android purist, you might need to look elsewhere, because the Magic UI cosmetic adjustments look very severe, compared to vanilla Android.

The Honor V6 has a pair of stereo speakers, which produce a clear sound, and it gets loud enough for everyday situations. However, the omission of a 3.5mm audio jack is disappointing and just seems like a poor use of space.

The Honor V6 features a 7250 mAh Li-Po battery, which is non-removable. Battery life is adequate, but not exceptional. Apple’s iPad 10.2 has an 8827 mAh unit, and is able to last about 10 hours of playback. Meanwhile, the Honor V6 has a playback time of around 9 hours. However, the device has 22.5W fast charging, which is very appreciated.

The Honor V6 is a great all-rounder for just about anybody. With a strong SoC, WiFi 6, 5G, and nice display, the device has plenty of power in the hardware department. Software is a bit of a letdown due to the lack of Google services, but with Android 10 and plenty of extra features via Magic UI, it still has plenty of potential. The camera could also be better, as it lacks a second rear camera. The device has a stylish and well-built chassis, so you should not be afraid if it receives some punishment. Starting at ~$420 for the 6/64 model without 5G, and peaking at ~$720 for the creme-de-la-creme 8/256 5G model, the Honor V6 is a great value and should be on your shortlist for tablets in the premium mid-range market.

Considering that the Honor V6 is very close to the price point of the iPad 10.2, it’s not a shocker that the two would butt heads. Both are similar in size, price, power, and target audience. You could consider the iPad over the Honor for a few reasons. If you have already invested in the Apple ecosystem, the iPad is a no-nonsense buy. the iPad also has a lot of accessories, including the 1st gen Apple Pencil and the Smart Keyboard Case. You might also prefer iPadOS, due to the app store, extra support, and guaranteed updates.

Related Article – Which iPad should I buy?

If you need a device that can run Windows 10, the Surface Go 2 is an excellent choice for those who really need Windows programs or have bought into the Microsoft ecosystem. It has excellent compatibility with a variety of accessories, and Microsoft’s suite of software is still excellent. Cameras are an improvement over the Honor, build quality is top tier and audio is great with built-in Dolby Audio. The PixelSense display is also a step ahead of the Honor V6, and despite the last-gen CPU’s, the choice of an Intel Pentium or Intel Core m3 is superior to a mobile SoC.

If you don’t need a gaming powerhouse and just need a good device for art, movies, and audio in the price range of the Honor V6, then the Samsung Galaxy S6 Lite is an option. Its main selling point is the addition of the S Pen for free, something you have to buy separately on most tablets. The stereo speakers are Dolby Atmos-powered and tuned by AKG, and the display is very similar to the V6, so aside from connectivity and power, you aren’t losing much.

Thanks for reading! For more lists and reviews about tablets, make sure to read more of our content.