Apple’s iPad line has evolved a lot since its introduction back in 2010 with the 1st Generation iPad. The iPad range now covers small tablets, the mid-range, premium mid-range, and flagship tablets. And for many of us, picking between the iPad, iPad Mini, iPad Air, and iPad Pro can be a challenging task, because you might not know what you actually need. In this guide, we will be exploring which member of the iPad family is right for you, what they offer, their main use, price, and overall value. And without further ado, let’s get into it!

What are my choices?

In terms of choices, you have four devices: iPad 8, iPad Pro, iPad Air, and iPad mini. Each device is designed for a certain part of the market. The flagship device, the iPad Pro, is designed for artists, productivity, gaming, and anybody who needs a powerful chipset for their tablet. The iPad Air is the middle child of the iPad family. Not too cheap but not too expensive. It has a modern SoC and comes with the most modern features. iPad 8 is the entry-level iPad, with an older SoC and fewer features, and last but not least, the iPad Mini is for those who need a compact tablet with plenty of power.

Now, that’s a fairly rudimentary explanation, so we will go over each device, going over the pros and cons, and which user should go for which device. 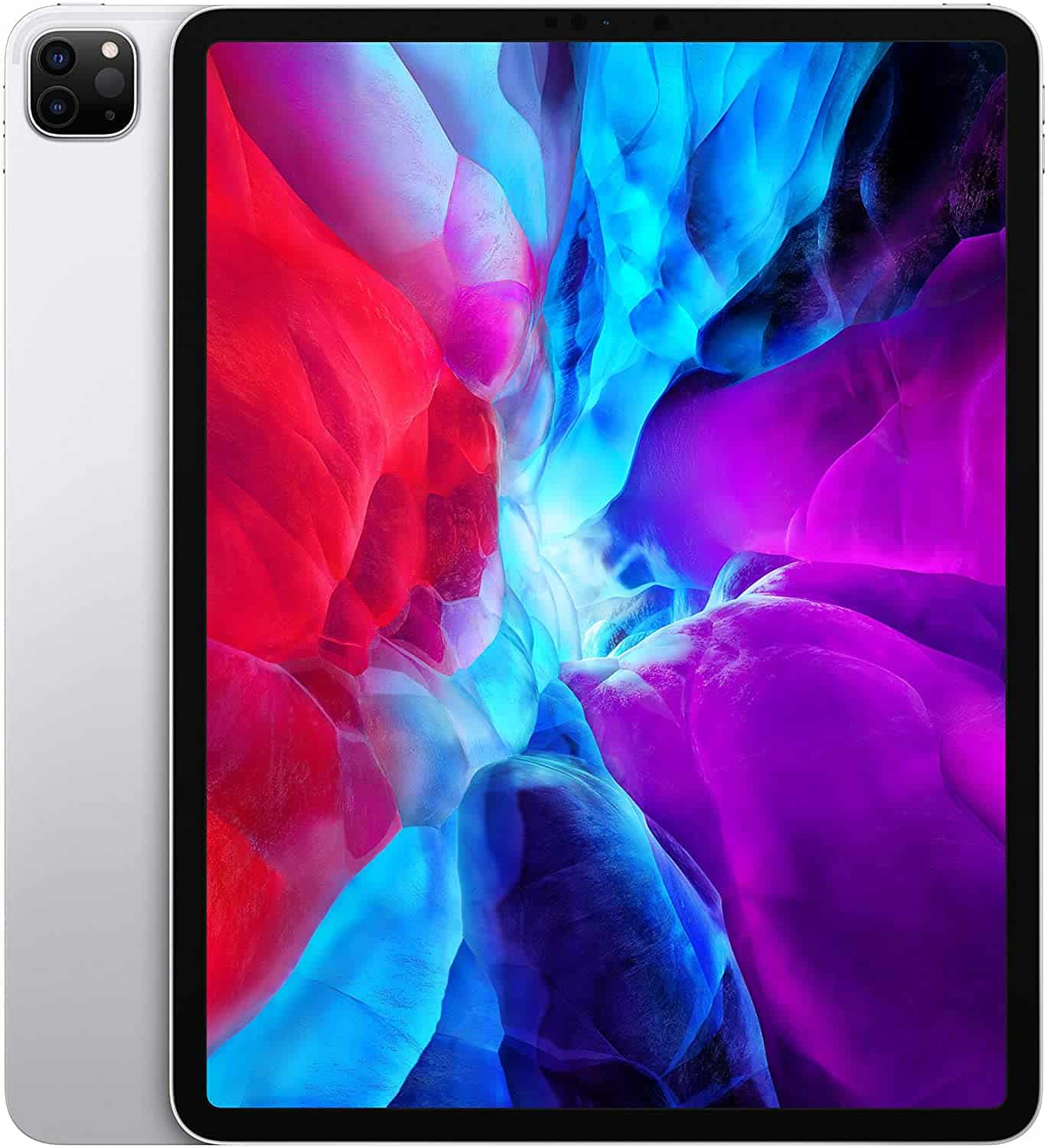 The iPad Pro is the creme-de-la-creme when it comes to not just Apple tablets, but also tablets in general. With an Apple A12Z SoC (system on a chip), 2K IPS LCD display with True Tone and a 120 Hz refresh rate. It also has a minimum of 128 GB of ROM, two sizes (11 inches and 12.9 inches), an excellent sound system, and class-leading cameras. This device is perfect for those who need a powerful tablet, be it for gaming, photo or video editing, art creation, e-book reading, or general productivity. However, it isn’t perfect. For starters, the price starts at $799 for an 11-inch, 128/6 iPad Pro (WiFi only), and tops out at $1’649 for a 12.9-inch, 1024/6. For about $300 less, you can get a Macbook Air with a 10th Gen Intel Core i5, and macOS, which is just as capable (if not more) for productivity, provides a built-in keyboard and trackpad, offers a desktop OS, and has two Thunderbolt C ports. 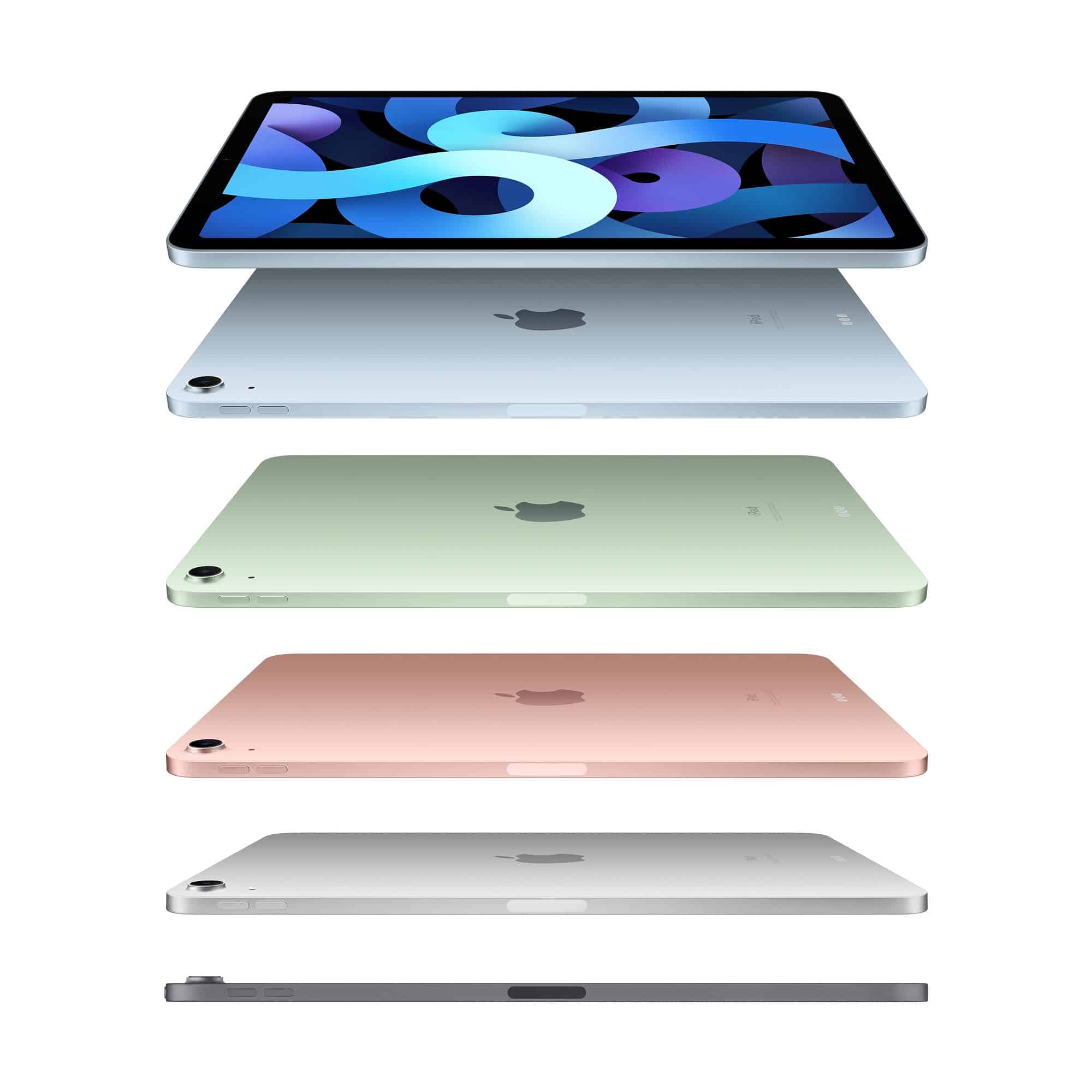 Apple’s newest tablet, the 4th gen iPad Air is squarely aimed at those looking to replace their old laptops, but don’t want to spend iPad Pro-levels of money doing so. It uses the newest Apple SoC, the A14 Bionic. The other specs are also impressive, a 10.9-inch Liquid Retina display, USB-C, custom Apple GPU, and full support for Apple’s range of accessories, such as the Magic Keyboard and Apple Pencil. As far as pure value goes, this might be the best device in the iPad range. But, remember that each accessory costs extra, meanwhile a traditional laptop comes with a keyboard and trackpad, and some models can turn into a tent. This device is for those who want a powerful device, but for a lower price than its laptop counterpart. It’s also excellent for media consumption and gaming. 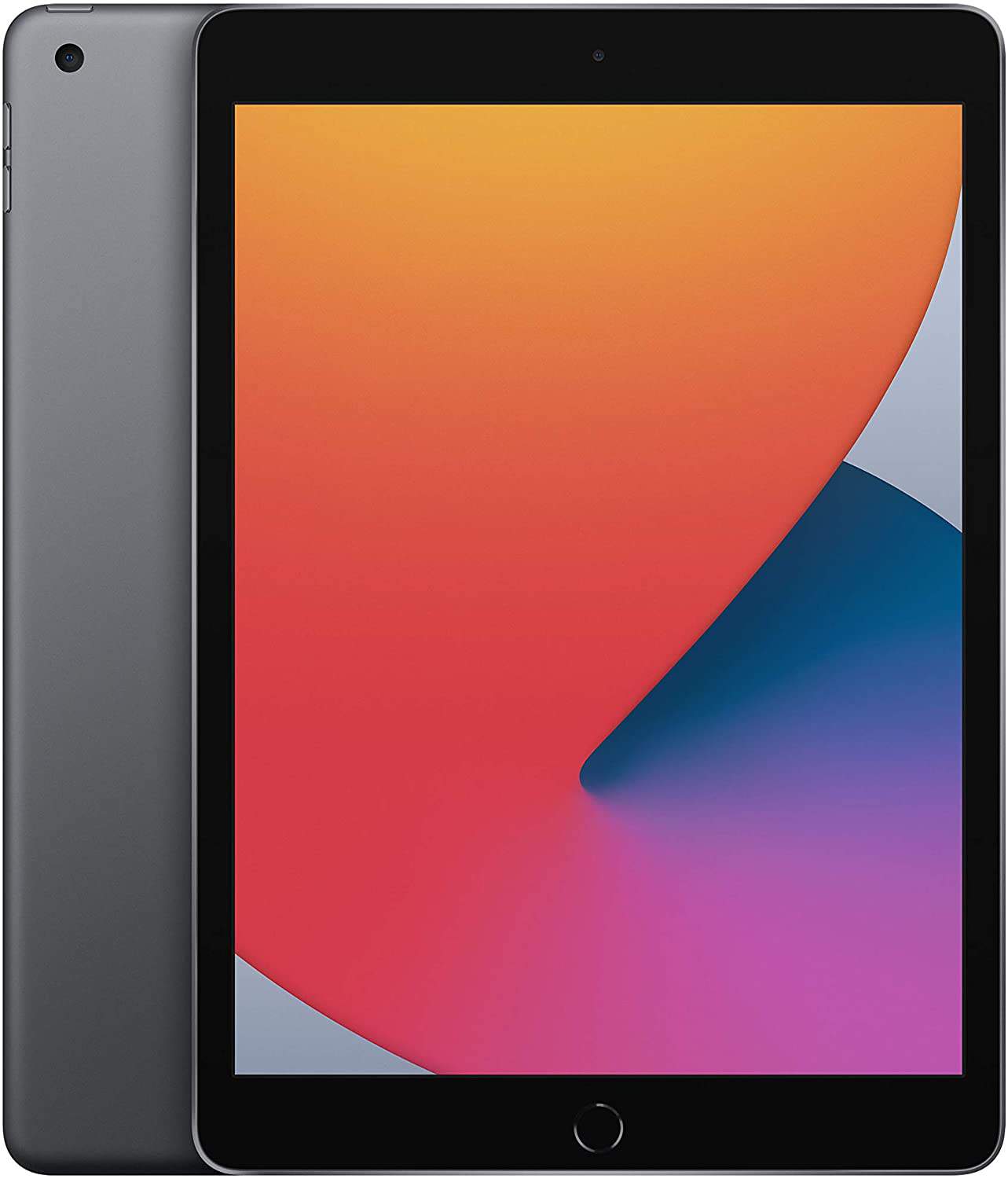 If you are a budget-conscious Apple user, then the entry-level iPad is perfect for you. It packs plenty of punch with its Apple A12 Bionic (7nm) which is a big improvement from the previous model. The display is a 1620 x 2160, 10.2-inch IPS LCD Retina. You also have a choice between 32 GB and 128 GB of onboard storage. It also has a cellular option, so it can be used for those who need more than WiFi. Pricing wise, this iPad is the friendliest, with a starting price of $329 for the 32 GB model.

The smallest member of the iPad family, the iPad mini is basically what happens when you put a wool jumper in a hot washing machine. Its screen size is still only 7.9 inches, with a resolution of 1536 x 2048, and it atill has an Apple A12 SoC. For those who need a powerful device in a tiny package, like a student or frequent traveler, the iPad mini might just be the perfect device for you. It is also more liberal with its storage options, having a 64 GB and 256 GB variant. Like the iPad 10.2, it also has support for the 1st-gen Apple Pencil and other Apple accessories. Its current price on Amazon is around $385 and tops out at $664 for the 256 GB cellular model. However, unlike the iPad 10.2, this device can get away with it, thanks to its smaller size.

How to pick the right iPad?

Each user has their needs, and it’s critical that you find what’s right. We will go over each device, present a target audience, and give a quick rundown of reasons for this pick. Here’s a cheatsheet.

A student needs a powerful device, something that will last at least 2 years reliably and has plenty of support in terms of software and hardware. The iPad Air is perfect for students, as it is about as new as you can get for an Apple tablet. The new A14 Bionic chipset promises incredible power, along with support for the Apple Pencil and Magic Keyboard. USB-C is also excellent for fast data transfer. The app support on the iPadOS is also fantastic, allowing you to use Microsoft Office and other popular programs. Apple also tends to have special discounts for students, so keep that in mind. If your budget is tighter than $599, then the iPad 10.2 should also be a good pick, as it is similar in size, has the same apps and OS, and comes in at a smaller price.

For those who do art for a living, the iPad Pro is a no-brainer. It supports the 2nd gen Apple Pencil, has plenty of horsepower with the Apple A12Z chipset, has USB-C, and has a top-tier, 120 Hz display. Apple’s marketing team also doesn’t hide the fact that this device is heavily aimed at creative people. Although the price is steep, starting at $799, you get a serious piece of kit for that money. Apps like Adobe Photoshop, Adobe Fresco, and Morpholio Trace work like a dream on the iPad Pro. And it’s not just the great hardware and apps, iPadOS has been optimized to deliver unparalleled multitasking for users of the iPad Pro.  The productivity experience is also enhanced via the Magic Keyboard and Apple Pencil. Basically, if you are a person who does a lot of stuff related to art or video, this is a great weapon to have in your arsenal.

If you do a lot of traveling, such as for business, your travel blog, or even leisure, you should have the iPad mini on your shortlist. It has plenty of advantages over other devices. Firstly, it’s more powerful than it’s tablet or laptop counterparts, thanks to the Apple A12 SoC. Secondly, it’s small size makes it excellent for just tossing it in your bag and not having to worry about carrying a bulky charger or having to find extra space. Finally, it provides all the same functionality as it’s bigger brother, the iPad 10.2, at only a small premium. That premium is a starting price of $399, which honestly isn’t that bad, since this is one of the few small form factor tablets worth considering. If you need something larger, get the iPad 10.2, as it is very similar in terms of specs.

If you just need a tablet for Netflix, the occasional gaming session, or browsing the web, the iPad 10.2 is the optimal device in the iPad line, since it can do all of this without breaking the bank. Its price makes it especially appealing, especially considering the power of the Apple A12, which was used on devices such as the iPhone XS and 3rd-gen iPad Air. Starting at only $319, it’s the cheapest new iPad in the range. Accessories should also be plentiful. It’s not too large or too small, which is important for those who need an alternative to a smartphone or laptop. If you need an alternative Apple tablet, then either look at the shrunk-down iPad mini or the more powerful iPad Air.

Still not sure? Take the iPad Quiz, make a couple of clicks and it will show you the most suitable iPad for your needs – take iPad Quiz.

What is the latest iPad?

The newest release iPad – iPad Air 4th generation was released in 2020, October 23. There are uncertainty when a newer model will be released, allthough there are rumours that Apple will introduce their newest iPad Pro in 2021.

What is the difference between iPad Pro and iPad Air?

The devices are almost identical in terms of design and dimensions, iPad Air is just a little bit smaller. (comparing to the smallest iPad Pro). In terms of performance, iPad Pro is more powerful and you will be able to handle high-processing power tasks much smoother with this device. Video edits, photo edits, data processing, etc. It also has a brighter screen with a higher refresh rate. Meaning for those who like lag-free animations and completely lag-free pencil response – the iPad Pro is a better choice. Those are the mains features that make iPad Pro more superior to iPad Air.

Apple’s tablets, despite not being as popular as they once were, still provide some of the best user experiences for tablets. Regardless of your price point, need, or prior experience, there is sure to be a tablet that will suit your needs and desires. It might also provide a good starting point to the Apple ecosystem of products, such as iPhone, Apple TV, Apple Watch, and their wireless audio gear. And regardless of your choice, expect a capable piece of kit.

If you’re still uncertain which iPad to get, ask yourself – for that are you going to use it? And then read our article once again, if that doesn’t help try out the iPad Quiz – Which iPad should I pick?